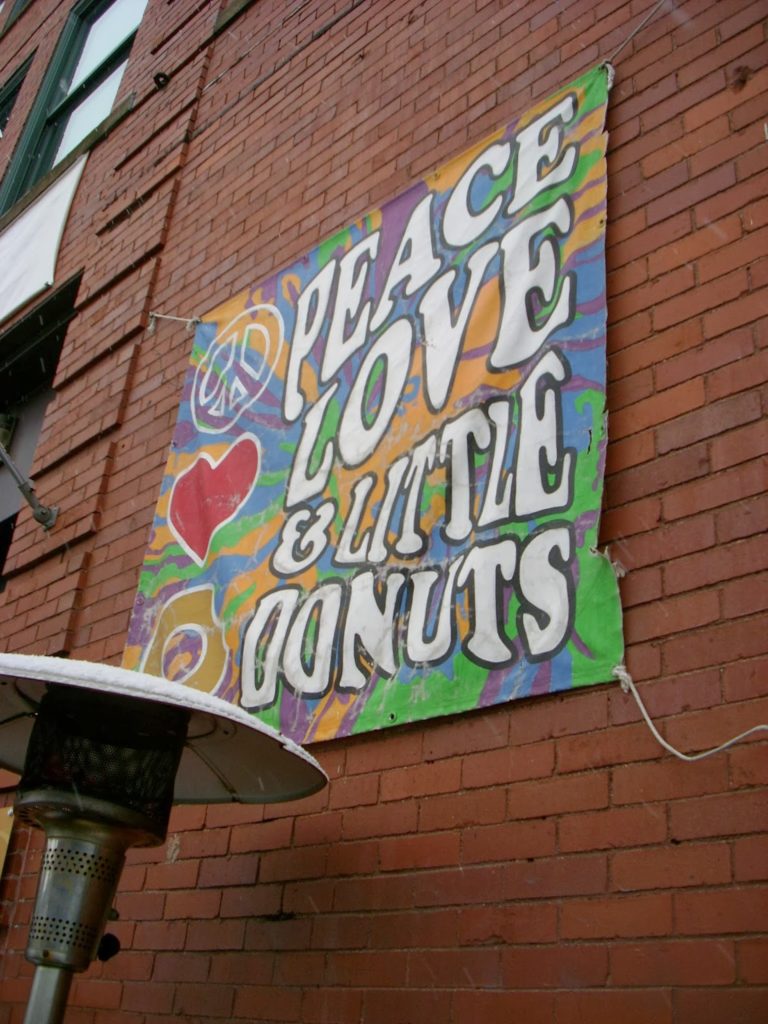 Peace, love and little donuts is a doughnut shop I encountered while on my trip to Pittsburgh last week (12/28-1/4).  Of course during my vacation my shunt decided to act as usual, causing pain on the shunt valve, down the right side of neck and stomach pains/appetite issues at different times during the week, varying by day.  The pain on the shunt valve was worse at night as was the stomach pains.  There are times when I feel the catheter clog up while I am laying down in bed.  As mentioned previously, aspirin/pain reliever does nothing. Morphine helps the best, but only have access to it when I am in the hospital.  I find myself getting more and more agitated because of the multiple symptoms I’ve been experiencing.

The pain yesterday from 3pm – 8pm was somewhat debilitating.  I had the usual pain on my shunt valve, but also had pain in the back of my head, sides and csf pressure in my forehead.  It was a good excuse for me to go to bed early and I needed the rest anyway….

Upon returning home, my cat greeted me and was very happy to have me home again.
I was also pleased to learn today two cats named Scooter and Anthony who lived at the Palisades Mall pet shop were adopted last weekend. They had been living there for the last year and were almost adopted last over the summer, but the person decided against it. Scooter and Anthony were brothers and the Pet store was trying to find someone who would adopt them together.  Seeing the Congratulations sign on their former home at the mall, made me smile today despite the shunt misbehaving.